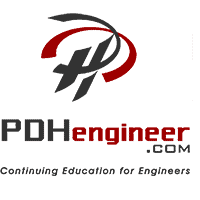 The May Ethical Dilemma: Contempt of Court

This is the May 2020 edition of PDHengineer’s monthly series of Ethics case studies titled What Do You Think? This series is comprised of case studies from NSPE archives, involving both real and hypothetical matters submitted by engineers, public officials and members of the public.

Your peers and the NSPE Board of Ethical Review have reviewed the facts of the case as shown below. And, here are the results.

Your opinion has been registered for the May 2020 edition of PDHengineer’s monthly series of Ethics case studies titled What Do You Think?

Want to know how your peers voted? We’ll send you an email with the poll results on May 26.

Your opinion has been registered for the May 2020 edition of PDHengineer’s monthly series of Ethics case studies titled What Do You Think?

Want to know how your peers voted? We’ll send you an email with the poll results on May 26.

A Review of the Facts

Engineer Jude provides forensic engineering services related to the design and manufacture of industrial equipment. Jude is retained by an injured employee in connection with litigation involving the failure of a manufacturer to incorporate a safety guard into the design of an industrial tool. Under US law and design standards, the incorporation of the safety guard is not required. However, such a device is required under European safety standards. During preliminary trial motions, the trial court grants the defense’s motion to suppress Jude’s proposed testimony concerning European safety standards. At trial, Jude is called as an expert witness and despite the court’s ruling, Jude offers testimony concerning the European safety standards. The court holds Jude in contempt of court.

Was it ethical for Jude to offer testimony concerning the European safety standards contrary to the court’s ruling that the testimony be suppressed?

Here is the result of our survey of your peers: 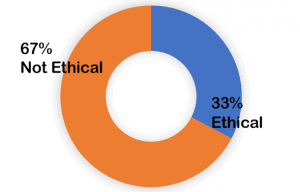 Applicable NSPE Code References:
Code Preamble: Engineering is an important and learned profession. As members of this profession, engineers are expected to exhibit the highest standards of honesty and integrity. Engineering has a direct and vital impact on the quality of life for all people. Accordingly, the services provided by engineers require honesty, impartiality, fairness, and equity, and must be dedicated to the protection of the public health, safety, and welfare. Engineers must perform under a standard of professional behavior that requires adherence to the highest principles of ethical conduct.
Code II.1.a: If engineers’ judgment is overruled under circumstances that endanger life or property, they shall notify their employer or client and such other authority as may be appropriate.

The Preamble requires that “…engineers must perform under a standard of professional behavior that requires adherence to the highest principles of ethical conduct.” The Board does not believe that Jude’s direct violation of the ruling of the court can be considered ethical conduct.

Code of Ethics Code II.1.a. states, “If engineers’ judgment is overruled under circumstances that endanger life or property, they shall notify their employer or client and such other authority as may be appropriate.” In BER Case 65-12, the Board dealt with a situation in which a group of engineers believed that a product was unsafe, and determined that so long as the engineers held to that view they were ethically justified in refusing to participate in the processing or production of the product in question.

Earlier, in BER Case 61-10 we distinguished a situation in which engineers had objected to the redesign of a commercial product, but which did not entail any question of public health or safety. On that basis we concluded that this was a business decision for management and did not entitle the engineers to question the decision on ethical grounds.

Here the engineer has fully notified the proper authorities (the court) of his testimony in connection with the safety standards in question and the court has made an official determination that the engineer’s testimony should not be admitted. That being the ruling of the court, a proper authority, Jude has fulfilled his ethical and professional obligation and should abide by the judgment of the court. To ignore the court’s substantive determination and to violate the court’s procedure would both jeopardize the fairness of the proceedings and place the engineering profession in a bad light.

In this type of situation, we feel that the ethical duty of the engineer becomes a matter of personal conscience. We are not willing to make a blanket statement that there is an ethical duty for the engineer to continue his campaign, and make the issue one for public discussion. If an engineer feels strongly about a particular issue such as the one raised by this case, there are numerous other forums for the engineer to raise his concerns (within his professional society, in professional journals, etc.). However, a courtroom in which a legal proceeding is being held is not among the appropriate forums.

It would be unethical for Jude to offer testimony concerning the European safety standards contrary to the court’s ruling that the testimony should be suppressed.

Note: The Board of Ethical Review operates on an “ad hoc” educational basis, and does not engage in resolving disputes of fact between parties in actual cases. That function is left to the state society if members are involved in judging whether a member has violated the Code of Ethics. Being solely educational, the function of the Board is to take the submission of “facts” as the basis for analysis and opinion without attempting to obtain rebuttal or comment from other parties. On that basis, the reader of the opinions should always recognize that the Board of Ethical Review is not an adjudicatory body, and unless indicated otherwise, its opinions are not binding upon the National Society of Professional Engineers, any state engineering society or any individual. Instead, the opinions represent the opinions of licensed engineers as to the reasonable standards of practice within the engineering profession. Board of Ethical Review opinions are intended to provide guidance in actual cases only to the extent of the “facts”, stated in the case. Cases may be reproduced for educational purposes as long as the material reproduced provides appropriate attribution to NSPE and the Board of Ethical Review.